I’ve walked/biked/driven around Fort Ward and seen a lot of old buildings. Which one are you talking about?

Oh, you mean that really big building out by the road?

No, that’s another building owned by a private developer and a different project entirely. Our bakery building is much smaller and is set back from the road. You’ll know it when you see it.

How would I recognize it?

It is made of brick and has a white wooden cupola on top.

How big is the building?

When was it built?

In 1910, for the U.S. Army Coast Artillery Corps. That’s when Fort Ward was part of the coast defense network that guarded Puget Sound against invading navies – the other forts were Fort Worden (Port Townsend), Fort Casey (Whidbey Island) and Fort Flagler (Marrowstone Island). Fort Ward was the last bastion of defense for the Bremerton naval shipyard.

What’s so special about the bakery?

For one thing, it’s pretty unique. As near as we can tell, the only other Army bakery of this era built from this particular blueprint, still in existence, is at Fort DuPont, Delaware. Also, it’s one of only two fort buildings in the Pacific Northwest designed with a cupola as an architectural feature. (The other is the guardhouse at Fort Stevens down by Astoria.) So our bakery is both architecturally and historically distinct. Technically it’s not only historic but a “heritage” site – not just old, it also has really cool stories attached, significant chapters in our state’s and nation’s history. We think that makes it worth preserving.

Was it really a bakery?

Yep. We have the original blueprints from the National Archives, showing big ovens in the main hall, and smaller rooms devoted to dough preparation, proofing, and cooling the fresh-baked loaves. We also have photos inside the bakery at Fort Flagler, so we can see what the ovens looked like and even the giant loaves of bread they baked for the soldiers. They had to keep the troops well fed.

Why does it need to restored?

The building is structurally sound, but it has seen significant modifications several times in its history. In the 1940s, when Fort Ward became a Navy base, the building was converted to a power station to support top-secret radio communications on the base. That’s when the windows and some doors were bricked over. Later after 1960, when the fort was closed down and the building became a private home, some of these windows were halfway unblocked — which is why you still see some hybrid “half-glass, half-brick” windows today, where the ornamental sandstone sills are much lower than the bottom of the glass window. Later still, probably in the 1970s, the floor was raised approximately 3 feet to put a ducted heating system underneath. Enclosed porches were grafted onto the front and back, and some interior walls were added to make a bathroom and closets. Somewhere along the line they also added a big fireplace.

What are you planning to do?

Fortunately, all of those changes can be reversed. We will begin by removing all non-original structures – starting with the outside porches and the inside frame walls — and then lowering the floor to its original level at grade. The big fireplace will be taken out. And we’ll reopen those bricked-over windows and doors. Then it’s a matter of restoring the building with period-correct windows, doors, transoms and clerestories over the doors, and various other appointments and fixtures. We’ll use other fort buildings from the same period as our guides (the guardhouse at Fort Stevens, Ore., built at the same time and still maintained in its original state, shows us pretty much everything we need to know). We’ll install a new hardwood floor in the central hall. We’ll reconfigure the south wing with a new kitchen and restroom, while the north wing will be divided into office space and a storeroom.

How much is all this going to cost?

Around $350,000, give or take. The budget is always being adjusted as our plans are refined.

Who’s paying for it?

We’re raising money through private donations and community grants. The Bainbridge Island Park District staff will provide most of the labor at no cost; ditto for our project manager, OTWB, Inc., once the renovation begins.

How much have you raised so far?

Who owns the building?

The building is owned by Kitsap County (Fort Ward) Sewer District No. 7, which purchased it in 2007 with just this project in mind.

Who will run the community hall once it’s done, and who will get to use it?

Once it’s restored, the building will be managed by the Park District for the benefit of everyone on the island – all 23,000 of us. It will be just like our other historic halls at Seabold and Island Center, and Camp Yeomalt – scheduled with classes, meetings and community gatherings, and available for rent for private events like receptions. It will hold around 45 people for events.

With fundraising going so well, we plan to start the restoration in summer 2017, and hope to dedicate the building by the end of next year.

How did all this come about?

We were fortunate that the State of Washington preserved much of lower Fort Ward (along the waterfront) as a state park in the 1960s. That saved several of the concrete gun batteries and historic sightlines across Rich Passage, where defensive mines were once placed in the early 20th century. The effort to preserve the historic character and resources of “upper” Fort Ward really got started in 1976, when the state’s historian David M. Hansen got the district added to the National Register of Historic Places. The historic district was expanded to encompass more area and buildings in the mid-1990s, which is also when the idea took root to preserve the historic parade ground and at least one old building for community use.

Have you been successful?

So far! Working with the city and the county housing authority, we were able to preserve the historic parade ground and dedicate it as a public park in August 2002. Now restoring the bakery building as Fort Ward Community Hall will complete our grand neighborhood plan that’s been many years in the making.

Who is Friends of Fort Ward?

We needed to form a nonprofit organization to raise funds for this project. Friends of Fort Ward formed in late summer 2015 and received 501(c)3 tax-exempt status not long after, so now all contributions to our project can be tax deductible as allowed by law. Friends of Fort Ward also organizes neighborhood activities and promotes historical research and education. Basically, we think our Puget Sound coast artillery forts are real treasures, and we enjoy sharing the history of our own “little fort at Bean Point” with the island and the world. 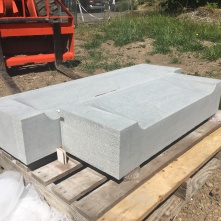 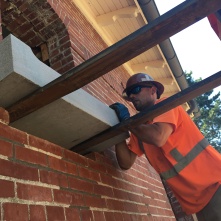 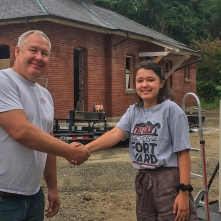 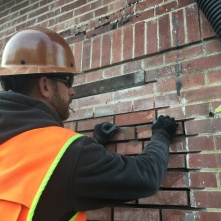 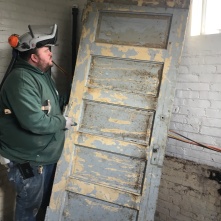 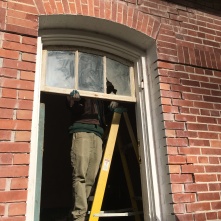 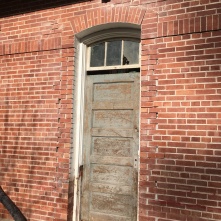 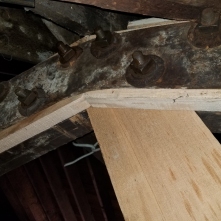 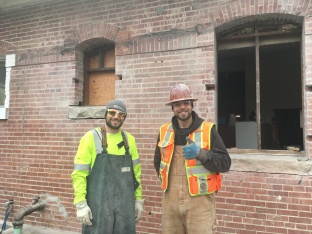 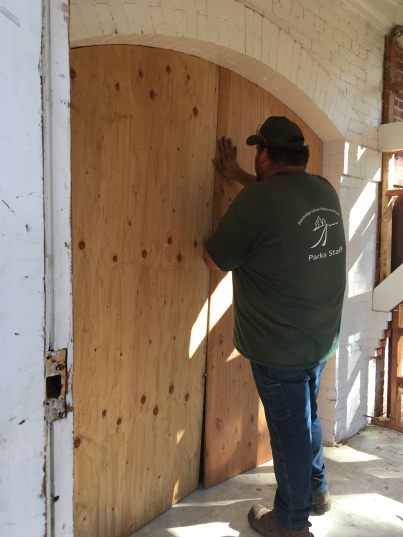 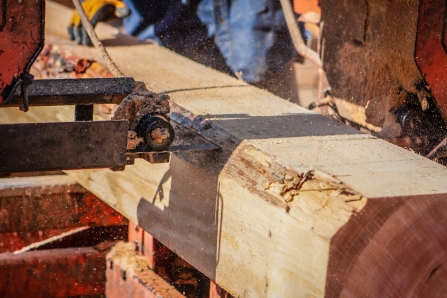 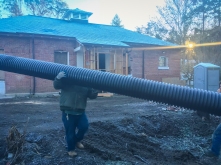 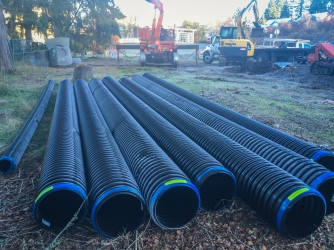 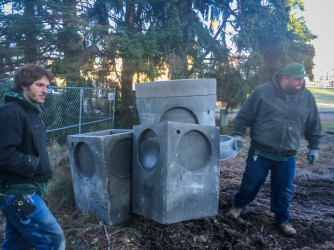